Three Minerals that Really Matter in Your Toothpaste

Wouldn’t it be cool if there were such a thing as vitamin toothpaste? You could slather it on your teeth each night before bed, and know your teeth were getting all the nutritional goodness they needed to fight off cavities. You’d never have to eat vegetables again! That’s not gonna’ happen – you do need to eat your vegetables – stop it. You know what, though? Minerals can be found in your toothpaste, and they’re there for good reason. Calcium and phosphorous (in the form of phosphate), along with fluoride, are included in toothpaste because they play a key role in keeping your teeth from becoming soft and cavity prone. Let’s find out more!

Flouride: In a way, most of us have come to associate teeth with fluoride. In fact, fluoride can even help reverse tooth decay. Pretty neat, huh? For some great stuff we’ve written on the topic, check out our writing about the ADA’s recommendation that kids under the age of 3 need it, why you might want it in a mouthwash, and in whether the young ones in your family may need fluoride supplementation.

Fluoride’s main role is in helping teeth reinforce their enamel through the process of remineralization. Enamel is the white outer coating of the tooth that primarily serves to protect the tooth. Fluoride is most effective when working with two other minerals: calcium and phosphate.

Calcium and Phosphates: When we think of strong bones and teeth, we often think of calcium. But there’s another mineral most of us never even think about, that serves an equally important role: phosphates. In fact, it’s when these three minerals work together that our teeth benefit most.

Let’s take a quick look. Phosphates exist (among other places) in our saliva. In fact, it’s one of the most prevalent minerals in the human body! After eating, phosphate ions and calcium ions work to naturally repair teeth through a process known as remineralization. What’s really cool is that this process has to happen via saliva. Without saliva there is no way to carry these ions into the “pores” of the tooth. When fluoride is added to the mix, the three form into a different mineral known as fluoroapetite, which makes our enamel harder than it would be by nature, and layers on this protective mineral faster than enamel remineralizes on it’s own. The result is stronger teeth! Pretty cool, huh?
So there you have it – calcium, phosphate and fluoride. The teeth musketeers! Want to make sure you have enough phosphate in your diet? Simply eat a well-rounded diet that includes meat, cheese, yogurt, grains, nuts, and fruits and vegetables … it’s really that simple! All for one, and one for all! 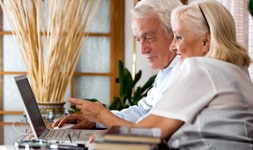 Schedule your next appointment online and at your convenience.